Secondary cancers after Radiation and Chemotherapy How to prevent? Canada Toronto care 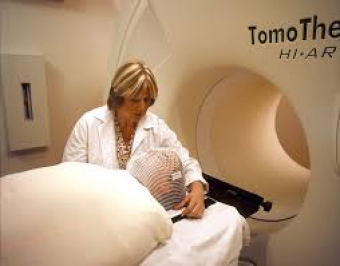 What are the secondary cancers?

Secondary cancers are tumours that develop a long time after the Radiation and Chemotherapy treatment of cancer. These secondary cancers are caused mainly by the oncology treatments such as radiation therapy, chemotherapy or targeted agents (biologics). Although the aim of cancer treatment is killing cancer cells and preventing its spread, the use of chemotherapy and radiation can cause changes in the normal body cells because these treatments (radiation and chemotherapy) don’t choose between normal and cancer cells. The big question now is how to prevent this? Many questions need an answer, and for people in Canada and Toronto, there are many centres and clinics that focused its practice on these types of health problems.

Examples of the secondary cancers

Other examples of radiation-induced cancers are head and neck sarcomas that develop after radiation to the head and neck area, Breast cancer radiation can also result in late secondary cancer such as lung cancer (same and contralateral sides), contralateral breast cancer, cancer oesophagus, and sarcomas. This is according to a recent research published in the World J Oncology in 2017 https://www.ncbi.nlm.nih.gov/pmc/articles/PMC5624654/

What are the factors that may increase the incidence of secondary cancers?

1-      Dose of radiation exposure: Especially heavy particles such as alpha particles and neutrons. With the new radiation therapy machines, less radiation scatters with these heavy particles happens so less secondary cancers are expected to develop.

What does this mean?

This hospital (Princess Margaret Cancer Centre )has a unit that helps patients treated by radiation or chemotherapy and guide them through this post-treatment period such as proper support of their physical and mental health after these treatments https://www.uhn.ca/PrincessMargaret/PatientsFamilies/Cancer_Journey/After_Treatment/

Naturopathic Medicine can help you avoid your exposure to oxidative stress and may subsequently reduce the incidence of secondary cancers. There are many tools the naturopathic doctor can use to help you improve your chances to be a healthy person after receiving radiation or chemotherapy, such as the administration of antioxidants, proper nutrition, physical exercises, and the administration of intravenous therapy.

Need help? Have questions? or need to book an appointment?

Will get back to you within 24 hours