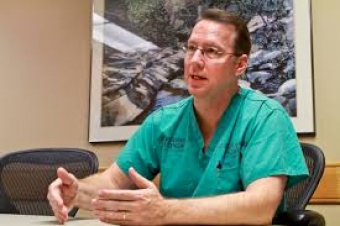 As per a new Research on Lung Cancer Published in the Cancer Research Journal 2018, http://cancerres.aacrjournals.org/content/78/13_Supplement/5601  In summary, Scientists found that Early Stage Lung Cancer Patients do not have the same Prognosis or Survival. They differ greatly regarding how the disease stay controlled after surgery or start to spread to distant sites after many months or years. The current concept that The Early Stage and Resectable Lung Cancer Patients (especially of the None- Small Cell Type) have uniformly high survival rates is being questioned now based on this study. In this study, and without going into much of the medical jargon here, 30 patients of early stage None- Small Lung Cancer were included in this clinical trial, where they were treated surgically for a curative intent, and at the same time, blood samples were collected from them to test what is called Circulating Tumour Cells (CTCS) which represent cancer cells that go from the tumour mass and circulate in the bloodstream even in the early stages of cancer. The Scientists compared these circulating tumour cells (CTCS) with the cells of the resected tumour. They found that these CTCS do not always have the same copy of an original tumour. What does this mean? This means that the None Small Cell Lung Cancer doesn't have the same group of cells rather than a different population with a different biology and cell behaviour. If we put all these facts in the context of the  Clinical Oncology, then we are not treating one type of cancer with a known behaviour but different cancers which vary in the spread pattern and resistance to the treatment.

So, What is the Conclusion?

This study concludes a very important fact that NOT every early stage None Small Cell Lung Cancer can be treated by Surgery alone, since some of these patients may develop progression/ relapse later on.

What is the solution?

From the Oncology perspective, this issue needs more research and clinical trials to try giving those patients who have a heterogeneous CTCS some adjuvant treatments that may improve their survival or disease control. These treatments include but are not limited to chemotherapy, tyrosine Kinase inhibitors or Monoclonal Antibodies.

Have a Question? Need Help