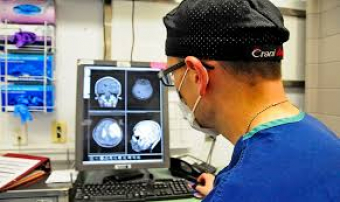 Parkinsonism is a chronic central nervous system disease that is characterised by repetitive uncontrolled coarse tremors and shaking that can affect many parts of the body such as hands, feet or face. Parkinson’s natural therapies have been well researched in the last few years to manage this aggressive disease.

The actual reason for this disease is not completely known, however, the theory behind the occurrence of this disease is that the chemical neurotransmitter inside the brain named Dopamine is diminished in these patients, and Dopamine is responsible for the integrity and function of the brain part called Substania Nigra. When dopamine is depleted, this Substania Nigra part of the brain becomes dysfunctional and hence the start of lack of proper control of the brain on these movements. There are many theories behind the reasons why the dopamine is depleted in these patients, one of them, is that dopamine is exposed to a lot of oxidative stress inside the body from different sources (such as diet, environment, toxin exposure etc), and the main agent that protects dopamine from damage (Glutathione) gets depleted as well in this highly oxidative environment. The Parkinson’s natural therapies are many, but the one that has a significant impact on Parkinson’s disease is the Glutathione injection.

What is the medical treatment of Parkinsonism?

There are many medications used in the treatment of Parkinsonism, they are all based on one main principle which is increasing the level of Dopamine inside the brain or decreasing the breakdown of the endogenous dopamine. Examples of such medications are Levodopa and Sinemet. They improve the symptoms of patients with Parkinsonism for some time that ranges from a few months to years, however, most patients develop resistance or show intolerance to these medications.

What are Parkinson’s natural therapies?

There are some natural therapies for Parkinsonism. Most of them are based on the assumption that the oxidative stress is the main reason that Dopamine is depleted in these patients, so they are all based on the antioxidative properties of many natural health products. Green tea was proved by research that it can slow down or ameliorate the signs and symptoms of Parkinson’s disease as proved in this research published in the Scientific World Journal  2012 file:///C:/Users/Ehab%20Mohammed/Downloads/923464.pdf  Intravenous Glutathione is another treatment that can be given for patients with Parkinsonism, that is based on creating an antioxidant environment to combat the oxidative stress inside the brain which is the main process involved in the Parkinsonism disease and hence could improve the disease symptoms.

Have any questions? Need help?

For Grimsby, Hamilton and Stony Creek click residents on this link