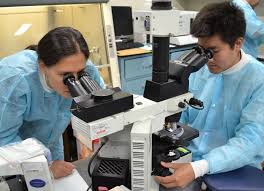 The good news is that the breast cancer incidence rate was declining from the early 2000s (exactly from 2004) with a gradual drop until 2013, then it is in steady rates now. This can be explained by the fact that many women opted out for using hormone replacement therapies during this time period.

Breast cancer recent research and advances in treatment have shown great progress in the last few years. These advances recover  the hope for patients with breast cancer.

The standard treatment options for breast cancer are surgery, radiation, hormonal treatment, chemotherapy and targeted or biologic therapy. The combination of any of these treatments is highly variable among patients with breast cancer depending on various factors such as the stage of the disease, hormone receptor status, tumour grade, lymph node status, hormone receptors and age and general performance of the patient.

The best person to decide for the optimal treatment strategy for women with breast cancer is the medical or radiation oncologist as well the surgical oncologist, and the patient should be involved as the main decision-maker who may or may not agree with the oncologist treatment plan.

Given the fact that, chemotherapy is not without side effects such as nausea, vomiting, weakness, fatigue, drop in body immunity, fever, skin and bowel changes, the list goes on, it was decided recently to do something different for locally advanced breast cancer to avoid the chemotherapy during this time of patient’s treatment.

Recent research published by Yao et al (August 2019)  https://www.ncbi.nlm.nih.gov/pubmed/31423426   suggested that instead of using chemotherapy for a locally advanced breast cancer disease (this is also called neoadjuvant chemotherapy) the use of endocrine (hormonal blockage) therapy was considered a valid option. This study suggested that the best group of patients benefiting from this approach would be those with a hormone receptor-positive ( ER+ve PR +ve) and Her 2 negative patients, especially postmenopausal women.

The inclusion  of Her 2 Neu positive patients in this treatment can support the value of this intervention as with this patient’s group, the use of the targeted agent (Herceptin or Trastuzumab ) which is an EGFR receptor inhibitor can augment the response of breast cancer to the neoadjuvant treatment and avoiding at the same time the toxicity of the conventional chemotherapy.

What is the role of lifestyle changes in breast cancer?

Lifestyle changes play an integral role in the risk of development or progression of existing cases of breast cancer. This is proved by an extensive and recent research published by Xiao et al (2019 Jan) in the Breast Cancer Research Journal  https://www.ncbi.nlm.nih.gov/pubmed/30696460    This is a review study done on a huge number patients from different clinical studies done on normal women and following them of the years with the aim of evaluation of the association between their dietary habits and the risk of developing breast cancer among them. Research analysis revealed that women who consumed western-style diet (typically diet rich in sugars, carbohydrates, saturated fats, dairy products and poor or low in greens and fruits ) were associated with a high risk (14%) of breast cancer incidence. On the contrary, women with a prudent diet (which means a diet rich in greens, fruits and unsaturated fats) is associated with an 18% LOWER risk of breast cancer development. So, this study clearly highlighted the significance of dietary influence on the risk of breast cancer.

For Toronto and Scarborough Residents https://www.ontarionaturopathicclinic.ca/site/contact-naturpathicdr-toronto-scarobrough