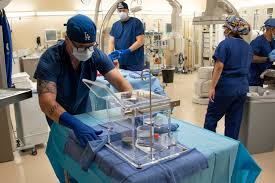 This topic is about Liver Cancer and Glutathione. Liver cancer is a real health problem in Canada. According to the Canadian Cancer Society statistics, it was found that an average number of 2000 new cases of liver cancer were diagnosed every year, and 1000 die of this disease. https://www.cancer.ca/en/about-us/for-media/media-releases/national/2013/liver-cancer-on-the-rise-cancer-statistics/?region=on

One of the stunning statistics about liver cancer is that it is one of the fastest-growing cancers in Canada, although, most Canadians are not totally aware of the existence of this type of cancer. It is estimated that, since the 1970s, the incidence rate of liver cancer has tripled in Canadian men and doubled in Canadian women.

Role of Glutathione in the body

So, what happens if Glutathione is not produced in enough amounts or being depleted from the body after being used to fight against pollution and chemicals? The expected outcome will be an accumulation of products of pollution or chemicals in the body (called Oxidative Stresses). So, in terms of the transformation of normal cells to cancer cells, a process called carcinogenesis it is expected to have more of these cells when the Glutathione is depleted for a long time.

New research published recently in 2019, https://www.ncbi.nlm.nih.gov/pubmed/31605953  in the Biomed Pharmacother Journal, Lu et al found that Glutathione gene mutation (which means that people who could not produce enough amounts of Glutathione) are more prone to develop Liver Cancer. This means that, if these patients are given a good amounts of Glutathione over a long time, this can be protective against the development of liver cancer in the future.

It is recommended to pursue wide-scale multicentre prospective research studies on people with a mutated Glutathione Gene giving high amounts of Glutathione and following them over many years to detect any rise in the tumour marker (AFP) of liver cancer, and doing an abdominal ultrasound to detect any hepatic focal lesions or tumours developing overtime.

Have any question? Need help?    Contact this link:  https://www.ontarionaturopathicclinic.ca/site/contact-naturpathic-dr-grimsby-niagara