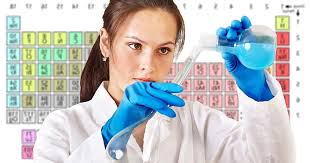 In this article, Pancreatic Cancer New Research, I will highlight advanced research done last year. 2019 on patients with advanced pancreatic cancer with the aim of improving the response rates to the chemotherapy and radiation and achieving a better survival rate of this deadly disease. In the Medical and Radiation Oncology treatment fields, Pancreatic Cancer is considered as one of the most challenging types of cancer to treat or control.


Pancreatic Cancer is considered one of the most difficult types of cancer to treat and cure. This is not only related to the fact that many patients with pancreatic cancer develop resistance to the treatment and at a certain point of the treatment course or shortly after, they start to develop disease progression and spread, but also, when the disease starts, it usually presents at a late stage in what is called (locally advanced Pancreatic Cancer), or Metastatic Pancreatic Cancer, and this is inherently related to the location of the disease being hidden deep inside the abdomen and surrounded by many organs such as the stomach, momentum and colon which gives more chance of cancer to grow inside these spaces in the abdomen for some time until the patient starts to really feel the symptoms such as pain, nausea, vomiting or jaundice (yellow discolouration of the skin and eye) which leads to the late presentation of almost every patient with Pancreatic Cancer.

In locally advanced pancreatic cancer, the standard of care is to start with radiation therapy as a local treatment, then to start chemotherapy (usually Gemcitabine) as a chemosensitizer during the course of radiation in order to improve the effects of radiation therapy. The value of Gemcitabine in improving the chemotherapy effects is very essential for this cancer treatment, however, at many times, Gemcitabine and the radiation triggers the activation of what is called DDR (DNA Damage Repair) which means the recovery of the DNA damage caused initially by the radiation and chemotherapy, shortly after the end of the radiation and chemotherapy, and this leads to activation of the tumour growth and recurrence of relapse. This DDR issue is the main focus and intent of the current recent research. This new research project was done at the University of Michigan USA and published in 2019, https://www.ncbi.nlm.nih.gov/pmc/articles/PMC7006846/pdf/JCO.19.00730.pdf   by Cuneo K et all at the JCO ( Journal of Clinical Oncology)

In this research, a new targeted agent named Adavocertib was administered alongside the chemotherapy (Gemcitabine) and Radiation treatment in locally advanced pancreatic cancer. The main idea from using this new targeted agent, Adavocertib is ti reduce the incidence of the DDR effect mentioned earlier, which means better effects from the radiation and Gemcitabine with much less resistance to the effects of chemotherapy and radiation.

34 Patients with Locally Advanced Pancreatic Cancers were included in this Research, All of them received the new targeted agent (Adavocertib) Gemcitabine Chemotherapy and Radiation. The median overall survival for all patients was 21.7 months and the progression-free survival was 9.4 months. The Conclusion from this study was that the addition of the new targeted agent (Adavocertib) significantly improved the overall survival rate of the Pancreatic Cancer after adding it to the Gemcitabine and Radiation as compared to the Gemcitabine and Radiation alone.

Have any question? Need help?