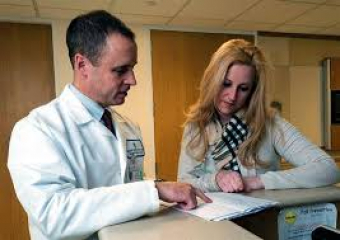 What is Alzheimer’s disease?

Alzheimer’s disease is a long-standing disease that starts slowly and progress gradually over the time.  It presents as gradual loss of memory and concentration. The earliest symptoms of Alzheimer’s disease are the loss of memory for recent events such as forgetting the location of keys, personal belongings, eyeglasses, or books. Other symptoms include repeating the same question several times in a short period of time. Sometimes, they take a longer time to remember words or ideas that they could remember easily in the past. Later on, in the disease course, they lose memory for the familiar places such as home address, and workplace. Many healthcare professionals such as medical doctors and psychiatrists refer these symptoms to the stress and anxiety which can be true, however, if these symptoms persist and last for a longer  time this can be due to Alzheimer’s disease not to the stress or anxiety. The loss of memory or concentration is not the only problem in Alzheimer’s disease, but also these patients suffer mood disorders such as depression, lots of anxiety and sleep problems.

·         Head trauma: Persons exposed to frequent head trauma and concussions such as rugby players, boxers, wrestlers, and cyclists are more liable to have Alzheimer's disease than the normal population due to the continuous damage to the brain caused by these head traumas.

·         Lifestyle: people living a sedentary lifestyle without doing any exercise, those who have obesity, smokers,  or exposed to the vapours and fumes, or have  high blood pressure, and type 2 diabetes are more prone than others to develop Alzheimer's disease.

What is the situation in North America and Canada in 2018?

According to the Alzheimer’s and Dementia Scientific journal, an article published in March 2018, https://www.sciencedirect.com/science/article/abs/pii/S1552526018300414    an estimated 5.7 Million Americans have dementia by 2018, and this number is expected to boom to 13.8 million by the mid 21st century which is caused mainly by an increase in the number of the ageing population. In Canada, 564,000 Canadians have Alzheimer’s disease by 2018, and in 15 years, this number will be projected to 937,000 (close to a million patient). Overall, 1.1 million Canadians are affected directly or indirectly by the disease, and every year, Canadian Taxpayers pay 10.4 BILLION CANADIAN DOLLARS to cover the costs of Alzheimer’s disease.

What is the solution to this problem?

Medical doctors and psychiatrists treat Alzheimer’s disease by a class of medications called choline esterase inhibitors which work by increasing the amount of the chemical neurotransmitter Acetyl Choline which can improve the cognitive functions of these patients. Examples of these medications are Donepezil (Aricept), and Rivastigmine ( Exelon). In a clinical study done in 2006, Donepezil was found to improve the symptoms of Alzheimer’s disease and reduce the burden of the disease on the caregiver https://www.ncbi.nlm.nih.gov/pmc/articles/PMC3321665/   however, so far, there is no medical treatment that can cure this disease rather than delays the progression of the disease and reducing its aggressiveness.

Over the years, a lot of research was done to study the effectiveness of different natural interventions such as vitamins, herbals and acupuncture. This is a summary of these interventions:

·         Acupuncture: in a systematic review and meta-analysis research done in 2017, https://www.ncbi.nlm.nih.gov/pubmed/28922926   it was found that the use of the acupuncture and the Chinese medicine have the SAME efficacy and positive influence as the medications and medical interventions used for treating the Alzheimer’s disease. In another trial, in 2015  testing the acupuncture effects in 141 clinical trials revealed that, acupuncture in many cases, was more effective than drugs and medications in improving the symptoms related to the Alzheimer’s dementia, and in other cases, it helped the medication’s effects https://www.ncbi.nlm.nih.gov/pubmed/26039131   So, it can be concluded that using acupuncture in people with Alzheimer’s dementia can be effective in managing the symptoms of the disease, either alone or in combination with the medications.

·         Vitamin B12 shots:  In a recent research, vitamin B12 injections or oral forms, showed a positive value of vitamin B12 supplementation for patients with a cognitive dysfunction and Alzheimer’s dementia. This research: https://www.ncbi.nlm.nih.gov/pubmed/24379897   was conducted in Ontario, Canada, and it revealed that in one year (2010) almost 2.9 million serum blood tests were done to detect vitamin B12 levels for Ontarians this year, and this cost 40 Million dollars. At the end of this study, it was found that low levels of vitamin B 12 in the blood was associated with a neurocognitive dysfunction, or in other words, vitamin B12 whether given as injections or orally can slow the onset of brain damage that can be related to Alzheimer’s dementia